Research undertaken as part of the FORECEE programme, led by Professor Martin Widschwendter at the Department of Women’s Cancer, UCL and published in The Lancet Oncology found that changes in the amount of ‘good’ bacteria, which normally help prevent overgrowth of other ‘bad’ types of bacteria, can be used to build a clearer picture of a woman’s risk of developing ovarian cancer.

The study found that women with ovarian cancer had far fewer ‘good’ bacteria, called lactobacilli, in their vagina. This significant reduction was also seen in women with a 40x higher risk of developing ovarian cancer in their lifetime due to inheriting a BRCA1 gene mutation. The research strongly supports growing evidence that the vaginal microbiome (type of bacteria) is important to health and further research hopes to demonstrate that re-introducing ‘good’ bacteria into the vagina will reduce a woman’s risk of the disease. 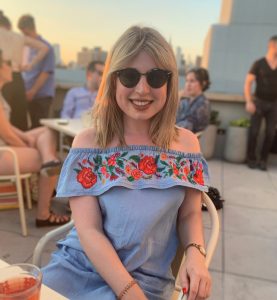 Currently, young women with a BRCA1/2 mutation are faced with difficult decisions around reducing their risk of breast and ovarian cancer, something Hayley Minn has been considering since finding out she carried the mutation when she was 23, “I was 27 when I had my mastectomy. Too young to be worrying about cancer and no matter how much I loved my boobs, I knew that getting rid of them could save my life. I’ve been told I should seriously start thinking about having a hysterectomy when I’m 35, which is extremely scary as I do want children. So anything that buys me more time and reassures me that ovarian cancer isn’t developing, is a game-changer for me.”