In my own words:

The whole family were tested for the BRACA 1 gene mutation.

Out of my four children, Laura was a carrier of the gene.  She was checked at regular intervals and seemed fine.

However, in between her first and second ovarian check her stomach bloated so severely she looked pregnant. In just eight months from being fine she was diagnosed with stage three ovarian cancer.

She felt bloated, so she went to the doctors:

She was constipated and in pain. They misdiagnosed it as IBS. We then took her to a gastroenterologist who completely misdiagnosed her and gave her Movicol.

She was rushed to the Royal Marsden. The cancer was shouting at everyone ‘look. I’m here’. She calls her cancer ‘Cyril”. She was diagnosed on the Thursday and started chemo on the Monday.

She’s in full remission but on a maintenance treatment every three weeks. She had the biggest operation they had done at the Marsden on a woman of her age. She had ovaries, fallopian tubes, most of her diaphragm, her appendix, and a lymph node by her aorta, the peritoneum of the liver and the stomach taken out.  She had her bowels removed, jet washed with chemo and put back. It was a major thing.

In time, she will have a double mastectomy and reconstruction as a preventative measure.

Laura has had the cancer, but it’s happened to the whole family. I have been amazed by her positivity.

She has good days and bad days. As a dad, you just wish it happened to you, not your child.

If you are bloated, feeling unwell, don’t just leave it. Don’t assume it’s nothing.

Seeing your daughter go through this, it’s like being hit with a sledgehammer, but you’ve got to get over that quickly. 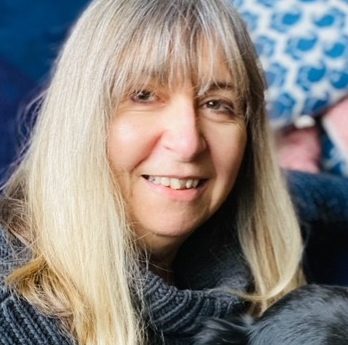