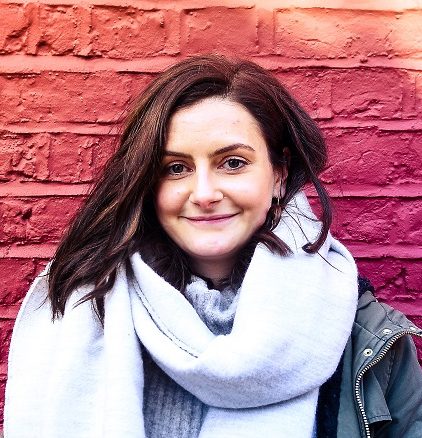 Lydia was only 24 when she was diagnosed with a rare form of womb cancer. “It caused me to have extremely heavy periods and to bleed between cycles”, she says.

“Before my diagnosis I needed the largest tampons and a night-time sanitary towel which needed changing every hour. I had to set alarms through the night to wake up and change my sanitary ware.”

Now cancer (and period) free after a hysterectomy, Lydia is committed to helping other women understand more about their gynae health, including heavy periods.

“If you consistently suffer from heavy periods, keep track of them in a diary”, she recommends. “Record when they are, how long they are and how heavy.”

Heavy periods are not uncommon but if your bleeding pattern changes, or you have an abnormal vaginal bleed, “if that happens, and you go to the GP fully informed on your bleeding patterns, you will be in a good place to get the correct diagnostic tests”, Lydia explains.

“If your periods seem to be changing from what is normal for you, it could be caused by a variety of gynae health issues – so it’s always worth checking any changes to your cycle with your GP.”

Click here to find out the symptoms of womb cancer. 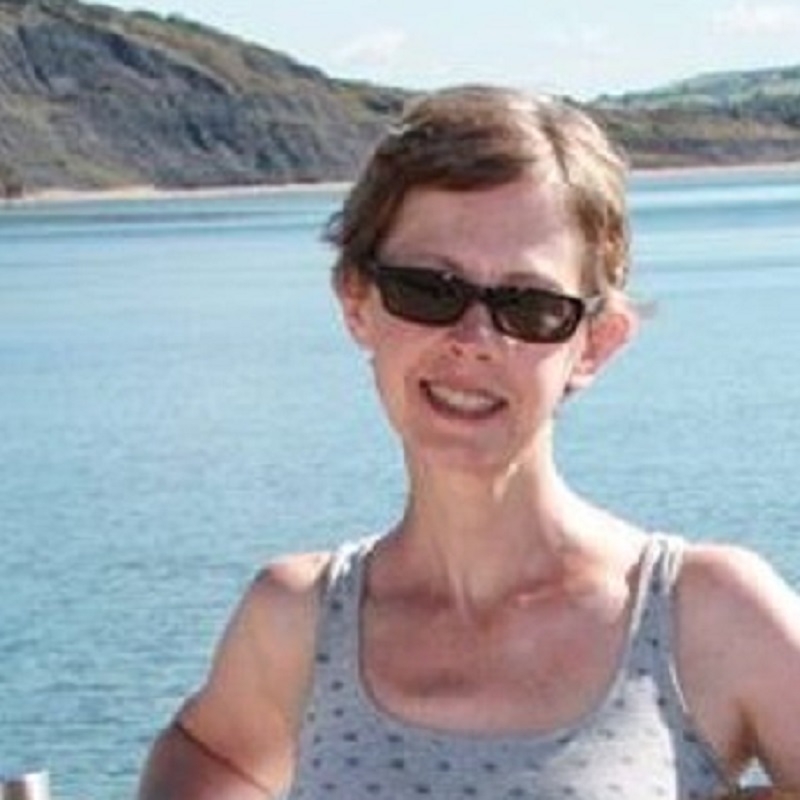 Diagnosed with Irritable Bowel Syndrome at 19, Jane’s symptoms of stomach pain, bloating and fatigue carried on and worsened over the next few years.

“I then noticed that my periods stopped altogether and that I could feel lumps in my stomach”, she says. “So I went back to my GP who examined me and sent me for an urgent scan.

“I think because I was only 25, my GP didn’t think it was likely to be something as serious as ovarian cancer – and it never occurred to me either. But I knew something was seriously wrong.”

Body: Jane was diagnosed with a rare form of ovarian cancer, and there were concerns that it had spread. Her treatment – surgery to remove her ovaries followed by chemotherapy – proved successful.

“Because they only took my ovaries and not my womb, I was able to have egg-donor IVF and as a result, I gave birth to my son, who is now 9”, she says.

“I feel so lucky to have the life I have now. I would really urge anyone who’s experiencing symptoms to trust their instincts and keep going back to their GP. It’s just so important to be aware of signs and symptoms and to visit your GP repeatedly if issues persist.”

Click here to find out the signs and symptoms of ovarian cancer.

“I can turn any conversation round to cervical screening!”

Until 2004, Jane kept up with her cervical screening tests. “Unfortunately, bodily changes

brought about by the menopause and fear (partly induced by my smear that year being very painful) led me to stop attending”, she says.

Then two years ago, after developing a vaginal discharge and having a vaginal bleed, Jane was diagnosed with stage 2 squamous cell cervical cancer. It was a massive shock and her treatment was tough.

But today Jane says, “it’s the long term side-effects of my treatment that have been the biggest factor for me.”

The worst impact is on her bladder; due to nerve damage that occurred during a radical hysterectomy 18 months ago, Jane is no longer able to empty her bladder naturally. “I have to insert a catheter tube in through my urethra to pass urine around four to six times a day”, she explains. “It has massively impacted my confidence and life in general.”

Now I’m in a position where I’m trying to perfect how I manage my condition. For me a way of coping is to learn as much as I can about it. The other thing I do is I’m forever telling women to keep up with their smear tests. Not a day goes by where I don’t speak to someone – I can turn any conversation round to cervical screening!

“I think mutual support has a lot to do with encouraging women to go. I’m very sad I didn’t keep going – but I feel a bit empowered because I’m telling other women the right thing to do.”

Click here to find out the signs and symptoms of cervical cancer. 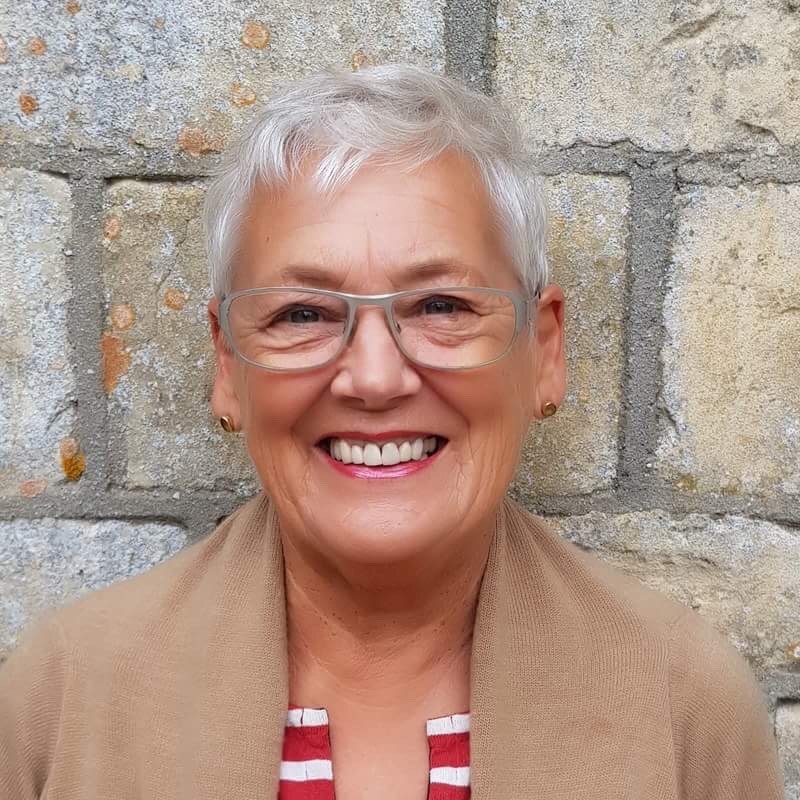 “I’d never heard ‘vulval’ and ‘cancer’ together before”

At the beginning of this year, Susie visited her GP in discomfort due to some lumps on her labia which had turned into raw lesions.

She was soon referred to a gynaecologist, and fast-tracked for a biopsy. “This was the first indication that something was amiss”, Susie says, “but I wasn’t upset at this stage as I had previously been diagnosed with and survived breast cancer.

“It was when my consultant said he believed the diagnosis was vulval cancer that I was a bit shocked, as I had never heard those two words together: vulval and cancer.

“I’d had lichen sclerosus – a skin condition which is linked to vulval cancer – for many years, but nobody had put two and two together. Had they done so I might not have had Stage 4 cancer but caught it at an earlier stage.”

Rather than have life-changing surgery, Susie decided to have radiotherapy and chemotherapy. She feels she has healed well from the painful radiotherapy burns, and thinks keeping a positive attitude has helped.

“I have cancer, there is no escaping that, but I firmly believe in being positive and asking the right questions so you are fully aware of what is going on.”

Click here to find out the signs and symptoms of vulval cancer.

“I didn’t show the normal symptoms”

“I didn’t present any of the normal symptoms you’d associate with vaginal cancer”, says Amanda.

Prior to her diagnosis, she’d had her contraceptive implant removed by her GP after experiencing constant bleeding. “However, my issues continued, and I had some discomfort”, she says. “I thought maybe it was some sort of hormone imbalance or that I was constipated.”

Amanda sought further help over the next month and a half. Her continued symptoms were diagnosed as everything from the after-effects of the implant, to a possible abscess, Irritable Bowel Syndrome, a potential pregnancy and an STD infection.

It was only when a huge and very alarming bleed sent her to hospital that a biopsy confirmed Amanda had vaginal cancer.

“The consultants were puzzled”, she says, “as vaginal cancer tends to affect women over the age of 60, not women in their late 20s as I was at the time.”

“I’m now faced with the fact that the cancer could crop up anywhere in my body”, she says. “I have been left infertile and unable to have children.

“The fact of the matter is, I am now living with cancer for the rest of my life, something I cannot change.”

Click here to find out the signs and symptoms of vaginal cancer.